Mrs. Chapman has been working with my daughter for 3 years since it was discovered that she had symptoms of dyslexia. By working with Mrs. Chapman, my daughter improved in reading so much that it is now her strongest area; improving her standardized testing scores by scoring three grade levels ahead.

Mrs. Chapman has a wonderful rapport with the children and her students love her. My daughter says that Mrs. Chapman is the best teacher. Her ability to connect with her students and her talent as a therapist is truly superior. She has patience, communicates well with parents, is extremely organized, reliable and flexible. Mrs. Chapman is able to individualize her students’ learning to ensure their needs are met. She accomplishes these results in a nurturing way and with a very positive attitude. 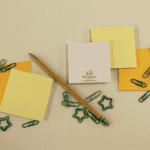 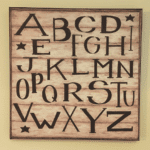 My son was diagnosed with dyslexia and ADD in first grade. His awareness of his inability to read like the other kids in class resulted in low self-esteem and thinking he was “stupid.” Feeling this way about himself, he acted out in anger at home and school. He became irritable, bullying his sister and friends. Worst of all, he hated school. It broke my heart to see my son being affected this way. Once we knew he had dyslexia, we thankfully crossed paths with Mrs. Chapman.

My son is now at the end of his third grade year and has been working with Mrs. Chapman for the last two years. Her calm, patient, and kind demeanor seemed to bring out his desire to WANT to learn. And with that, he was willing to work hard for her. As he noticed his reading getting better every day, his confidence grew. Over time, the irritable little boy who was mean and grouchy turned into this happy, fun, and creative leader. His peers look to him for direction and he believes in himself. He is now reading at the level expected for his age and having fun doing it.

Mrs. Chapman’s instruction was more than just teaching my son how to overcome the challenges of dyslexia. She has literally changed the course of his life forever. What future would he have if he cannot read, and more importantly, if he does not believe in himself? She met my son where he was in his learning, and gently guided him with encouragement every step of the way. She kept me informed of his progress, educated me about dyslexia and how I can help him at home. One of the greatest things about Mrs. Chapman is her understanding and compassion for children like my son.

Mrs. Chapman helped my junior high aged dyslexic son develop techniques that provided tools to face his daily challenges. Having the proper building blocks are critical for those who struggle with learning differences. The language therapy my son received increased his self-confidence, his stress about school and tests decreased, and he began to understand the skills necessary to be successful. I would highly recommend Tara and I feel confident that she has the skills, experience, compassion, and passion to also help your child be successful. While we have moved on from needing language therapy, she continues to be a stable sounding board for me as new challenges arise. She continues to have a quick response and helpful suggestions for any questions I may have. 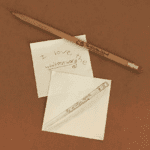 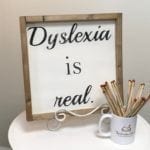 It is our pleasure to recommend Tara Chapman. We strongly recommend her, and urge anyone who is considering hiring her, to do so. Her expertise in teaching children with dyslexia has transformed our son’s experience in school. We have twin boys, and at the end of kindergarten, I noticed that he could not remember the same word from one page in a book to the very next page. I knew something was not right, and having a “control version“ in his twin brother was a confirmation. We immediately arranged to have my son tested by a neuropsychologist, and it was confirmed just prior to beginning first grade that he has dyslexia. We hired Mrs. Chapman to work with our son three times a week and provide language therapy lessons. She writes baseline assessments and progress reports which help us understand his progress. We also appreciate having these reports for our records and sharing them with his teachers. Since our son has been working with Mrs. Chapman, his ability to decode and to spell has skyrocketed. Therefore, his anxiety about school has decreased, and his self-esteem has increased.

The complete transformation that we have seen since our son started working with Mrs. Chapman has led to our decision to have him continue working with her for as long as possible. Mrs. Chapman has a very warm, approachable way about her, and makes our son feel at ease. She has always been professional and kind to us, answered all our questions. Mrs. Chapman is also very open to meeting with teachers and principals to help them understand what she does, and why dyslexic students need accommodations.

We were very fortunate in that when we discovered my daughter was dyslexic, Mrs. Chapman was already teaching at the private school my daughter was attending. My daughter learned the coping skills necessary to overcome the obstacles dyslexia was causing and she really enjoyed her sessions with Mrs. Chapman. My daughter is now in high school achieving straight A’s and looking forward to college.

I know that she would not be the success she is today if it were not for the dyslexia therapy that Mrs. Chapman provided. In fact, I know of parents whose children used the dyslexia therapy available to them in their Texas public school, and their children, who are the same age as my daughter, are still struggling in school. I would recommend Mrs. Chapman to any parent whose child is struggling with dyslexia because your child deserves the best chance at success. I know Mrs. Chapman can help them become confident learners. 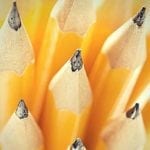 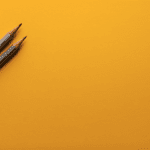 In less than a year, Tara was able to help our son rejoin his grade level in reading. She helped him with decoding skills, spelling, reading comprehension, fluency, and even cursive handwriting. Tara has always been extremely kind and patient with him, even when he was frustrated. We couldn’t be happier to have Tara in our son’s academic life and plan to continue with her to strengthen our son’s skills.

I highly recommend Tara Chapman to families whose children struggle with dyslexia. Not only is Mrs. Chapman highly qualified through her training, at Southern Methodist University and Texas Scottish Rite Hospital for Children, but she is exceptionally skilled in working with youth and families. Her kind demeanor, thoughtful directives, and thorough explanations helped my teenage daughter to understand her own strengths and how to remediate weaknesses. Over the course of therapy I saw my daughter’s confidence increase immensely. It was very telling that my daughter made it a priority to go to therapy with Mrs. Chapman and always left with a smile. Coursework and class participation became less stressful as a result of the progress she made. Thank you Tara! 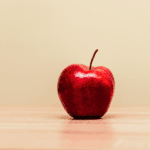 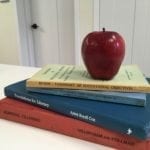 Mrs. Chapman has been working with my daughter for over a year now, and although she has not been officially diagnosed with dyslexia, Mrs. Chapman’s professional expertise has helped my daughter overcome her difficulties tremendously. She has a broad knowledge of what approach, strategy, and intervention is appropriate for each student with a learning disability like my daughter. She has taught my daughter a variety of techniques and helped her establish a good foundation in order to manage and cope with her learning disability. I know my daughter has a long way to go, and that she will face many hurdles as she continues to pursue her aspirations, but people like Mrs. Chapman will make a difference in her life. She is the reason my daughter will achieve her goals. This is the greatest reward for a teacher and this is the best gift I can give to my daughter.

Tara has greatly helped our son who was diagnosed with dyslexia in third grade by the staff at Texas Scottish Rite Hospital for Children. The school he was attending put him into a special education class, but it did not focus on dyslexia. We knew he needed more, so we started to have Tara work with him. He began to enjoy school, his grades improved, and his confidence in himself grew. He was given the tools and strategies he needed to be a successful student. He is now in college where he is excelling. This is a direct result of the training he received with Tara.

I am profoundly grateful for the expertise and in-depth knowledge of our child’s diagnosis with which you greeted us. While putting the name “dyslexia” to the various issues she had in school was enlightening, it was also stressful.  Finding The Written Word and meeting with you Tara was our biggest coup. Our first meeting left us with no doubt we had found the right place and person to help our child succeed in spelling and reading for life.  We have seen our daughter blossom before our eyes as she has gained confidence and unlocked the puzzle of spelling and reading with the tutoring and tools you have given her.

Our son had prior tutoring experience that deflated his self-esteem and confused him more than helped him.  Tara was so patient, gentle and understanding with him and us as struggling parents trying to provide the right education.  She came alongside him to help him re-build his self-confidence and self-esteem while improving his reading and writing skills in a positive environment.  She teaches children and adults in an uplifting manner, celebrating and building upon strengths. 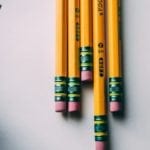 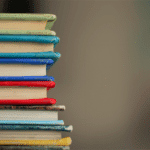 She showed an endless amount of patience and kindness with my 8/9 year old son, who had to go to tutoring in the evenings after a full day of school. This is not an ideal situation for any child, let alone a dyslexic one who works so hard all day in school just to keep up. In addition, we drove to the Written Word from Plainfield, so we tacked on 90 minutes in the car on top of the tutoring session. But my son never complained about going, he never gave me a hard time, and Tara was definitely worth the drive. My son actually enjoyed going to The Written Word because of Tara’s calm, nurturing manner. The other key to why my son enjoyed going is because he knew that Tara was helping him. Tara knows her stuff. She knows how to help dyslexic children, and she can adapt the curriculum based on the individual needs of the child. This is so beneficial because we all know no 2 dyslexic children are exactly alike. Tara is confident and competent. She is organized and reliable. I trusted her with my son’s education implicitly. It was such a reassuring feeling to know that when he was with Tara he was getting exactly what he needed.

My son recently stated, “When I first started, I couldn’t read very well, but now I can read giant chapter books and it’s all because of Mrs. Chapman”. Also, my dad told me this past weekend that he heard my son and my nephew, who are the same age, reading a chapter book together and my dad was amazed at how well my son was reading. My response was, “that’s all Mrs. Chapman”.

Tara Chapman has been a blessing to my family. I’m so relieved we found her. She helped my son read and fostered his confidence and his unique strengths at the same time.